2023 TB Vets Key Tags are here! Your donation towards our Key Tag Program helps with respiratory care in BC.

After being born 11 weeks premature and weighing only 634 grams, the little girl was connected to each of five different types of ventilators over the course of her care.

Her parents Dawn and Matt learned a great deal about respiration and oxygen saturation during their journey.

“Zoe was on almost 100% oxygen when she was first hooked up to the jet ventilator,” recalls Matt. “With time, that amount of oxygen was reduced to prepare her to eventually breathe room air. Maintaining the right oxygen level is so critical.” 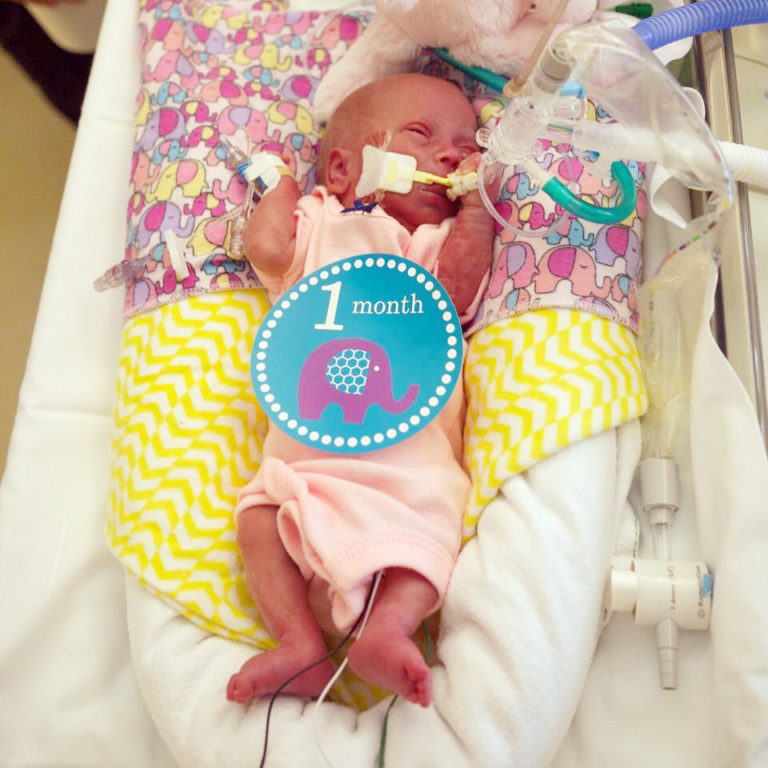 Right after her birth, a medical team including a couple of doctors, several nurses, and several respiratory therapists came together to stabilize Zoe, provide ventilation support to help with her breathing, and monitor her using devices to measure her heartbeat, body temperature, oxygen saturation, and pH and carbon dioxide levels. She also needed IV lines to provide medication and nutrition.

“She gave us a few scares and plenty of challenges,” says Trevor Whyte, one of the respiratory therapists who helped monitor and maintain Zoe’s oxygen needs. “But she is a fighter and surprised us all.”

The technology available to the neonatal team allowed them to provide the ideal breathing support Zoe needed to get stronger and healthier. Too much oxygen at the wrong time can be toxic and result in a host of medical problems including damage to her retinas resulting in blindness. Too little oxygen in circulation can cause brain and cardiac damage.

Zoe was on a ventilator for nine weeks. When released home, she was still on oxygen assistance. Her parents were given instruction on how to operate the pulse oximeter that travelled home with them.

At home more than a year after her premature birth, Zoe is full of energy and determination. “Our daughter has beaten the odds.  She’s a fighter.”*