It may never cross your mind that you could one day need breathing assistance. But life is precarious, and illness is often sudden and unexpected. In our role as the leading respiratory charity in our province, we meet people all the time who know first-hand just how quickly one’s health can take a turn for the worse. 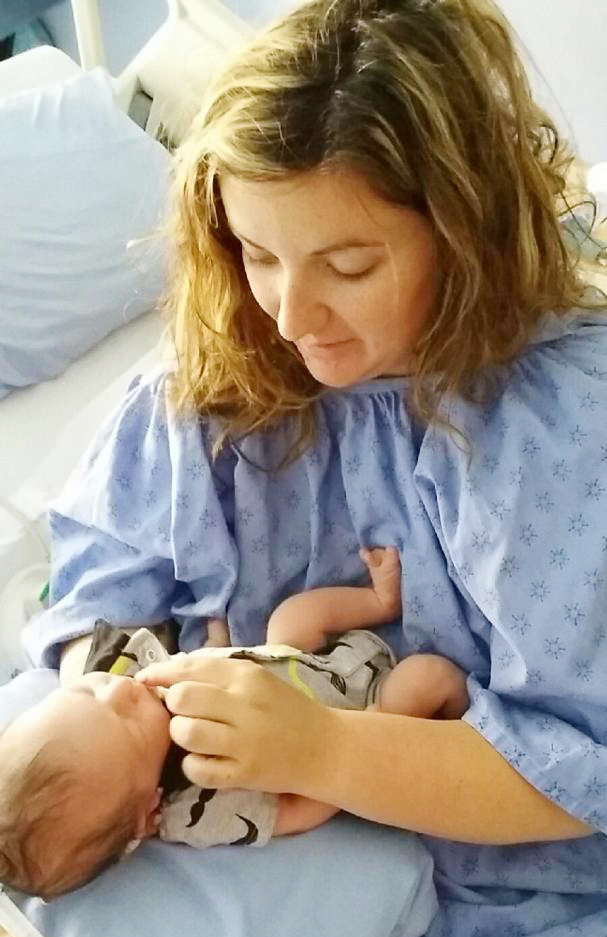 In the span of three days in the spring of 2015, Kacie Hall went from the joy of welcoming to their family a beautiful baby boy to the agony of a life-threatening condition that required Kacie to be airlifted to Calgary under sedation and connected to breathing tubes.

A day after being discharged following the birth of her boy, Kacie was back in hospital in pain from what turned out to be an infection. As her condition deteriorated, she was put on oxygen.

Healthcare professionals discovered Kacie had contracted sepsis and urgently needed a higher level of intensive care than could be provided in the Cranbrook hospital.

Already an asthmatic, Kacie’s lungs were rapidly filling with fluid. Caregivers struggled to get her oxygen levels up high enough to be airlifted to Calgary. As she left Cranbrook, there was real concern she might not survive the flight.

Now on life-support, Kacie was given a steady dose of penicillin to combat the infection, which was discovered to be a rare strain of invasive Strep A.

She remained heavily sedated for four days, on oxygen and with asthma medications regularly administered directly through the breathing tube.

Fortunately, Kacie’s treatment worked. As quickly as her health spiralled downwards, it improved. Over four days, she was weaned off the breathing assistance and eventually was able to return home to her loving family.

TB Vets is grateful to donors like you for helping to provide state-of-the art respiratory equipment to save lives during emergencies like the one Kacie abruptly faced.*