Donors to TB Vets Charitable Foundation have played a critical role during the pandemic by providing our hospitals with life-saving respiratory equipment like ventilators.

Sick and isolating at home in June 2020 after testing positive for COVID-19, Kulwant Samra had just enough energy to make it outside before he collapsed in front of the paramedics he had called minutes before.

Rushed to Royal Columbian Hospital in New Westminster, the 51-year-old Abbotsford man woke up in intensive care two months later. “I had tubes in my mouth, nose, and everywhere,” he recalls.

So sick that he lost 48 pounds during his hospitalization, Kulwant made such a strong recovery that he went home straight from the Intensive Care Unit.

“I cared for him early on in his illness when he was on life support,” notes Dr. Steve Reynolds, a critical care physician whose research into ventilators is funded by TB Vets. “I came back a few weeks later, and you can imagine my surprise and pleasure at seeing him sitting up, waving and waiting to go home.” 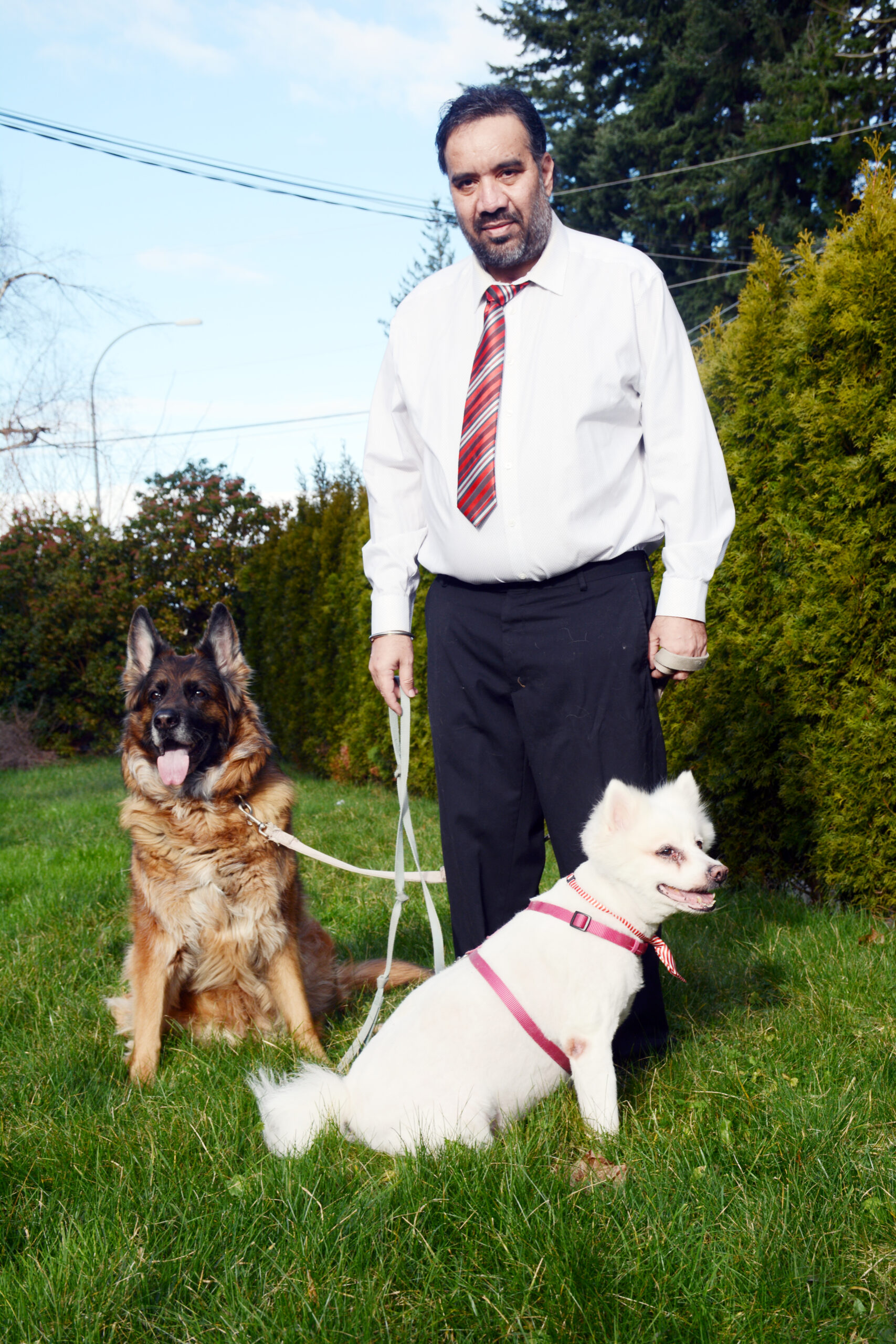 Kulwant, now back home with his family and beloved dogs after battling COVID-19

Your generosity is helping British Columbians like Kulwant recover and return to their families. Please consider donating to TB Vets in support of critical respiratory equipment today.*

YES, I'd like to make a tax-deductible donation to TB Vets today!
Back to Impact Stories
PrevPrevious Impact StoryTB Vets Donors Bring Top-Notch Ventilator to Remote BC Region
Next Impact StoryVentilator from TB Vets a Game-Changer in LangleyNext